A player suspected of having a concussion must be removed from play and may not return to play unless examined by a medical doctor/athletic trainer, who is qualified in concussion handling.  The Concussion Notification Form is to be filled out in duplicate and signed by a team official of the player’s team. The document should be emailed to MedicalClaims@calnorth.org.

The team official must surrender the player pass to a League representative upon injury. The player pass will not be returned until a Medical Release has been received by CalNorth.

Players may wear their jersey, but must not be in full uniform until the League has received the Medical Release and the pass has been returned to the team official.

The following concussion policies all center around the same theme, if a player is suspected to have a concussion, they are to be removed from play.  A player may only return to play if they are examined by a licensed doctor, or certified Athletic Trainer, and found free from concussion factors.  If concussion evidence is found, they must be medically treated, and must go through a 'return to play' program, and released to play by the treating doctor. 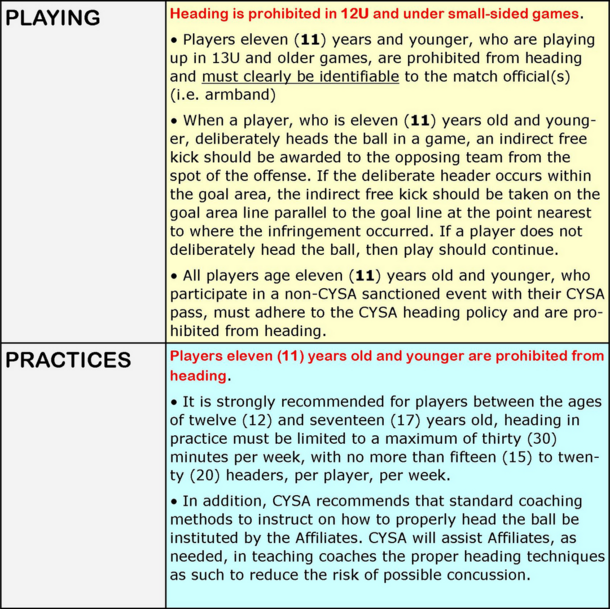 1. DO NOTargue with the referee/referees. They are ALWAYS right, even when they are “wrong”.  NO coach has ever won an argument with a referee. Do not put yourself at risk of being suspended because you confronted a referee before, during, or after a game.

2. It is YOUR responsibility to keep your players AND spectators under control before, during,
and following all Cal North sanctioned games.

3. All referees WILL make mistakes during the course of a game, that is part of the game.

4. Your “view” of a specific play will usually be exactly the opposite of what the center referee’s view is (Usually the referee is in the “center” of the field and you are on the “side” of the field). The referee will see fouls that you will not see and vice versa. Expect this and “live” with it.

5. Accept the calls, they will usually even out UNLESS one team is playing more aggressively than the other team.

6. If you observe one of your players beginning to play more aggressively than what is called for or at a more aggressive nature than what the other players are playing at OR your player is becoming “mouthy” towards the opposing player/players OR referee you should take action to control the player before the referee does.

7. Be sure that your players understand that DISSENT towards the referee is NOT ACCEPTABLE conduct from any player or team official at any level of Cal North sanctioned play.

8. IF, the referee is not calling fouls properly and those non-calls put your players in danger of being injured because of the referee’s “lack of control” of the game. You should ask the nearest assistant referee to you to request that the center referee “Tighten Up” the game. If the center referee does not comply in a reasonable amount of time with your request after being notified by the assistant referee of your concerns you should “abandon” the game by removing your team from the field and write a brief one or two page report to: Shirley Thompson, D8 Commissioner @ 1239 Adam Street, Tracy, CA  95376 . as to what your reasons were for abandoning the game. If you choose to abandon the game because the referee does not in your opinion have control of the game DO NOT get into a discussion with the referee about it after the game is over. STAY AWAY from the referee after the game, he/she does not want to hear your comments on their officiating ability. DO NOT abandon a game because of disputes/dissatisfaction about referee judgment calls regarding: Who’s throw in it is when the ball goes out of bounds; Whether it is a goal kick or a corner kick; Whether a player was off side or no, etc. You should only abandon a game when you feel the playing environment is dangerous for your players.

9. DO NOT discuss anything that took place during a game with the referee after ANY game:  Stay away from the referee/referees after a game. The referee does not want your opinion of his/her skills as a referee. (If you have negative comments about a referee they should be sent in writing to Shirley Thompson, D8 Commissioner @ 1239 Adam Street, Tracy, CA  95376 . If you choose to write a letter about the referee’s actions be specific in your letter as to what technical mistakes were made by the referee (Be sure that you know the rules of play before you write the letter). Give the date, time, age/gender group, location of the game, and the level of play. (I need to be able to find out who the referee was). Your remarks or actions towards a referee before, during or AFTER a game may lead to your suspension as a coach. Do not let your spectator/parents confront a referee during or after a game. You are responsible for their actions as well as your own behavior and you could be suspended for not controlling your spectator/parents.

IFAB Laws of The Game

These rules apply to District VIII play in District Cup, and BML games.

Cal North is committed to creating and maintaining a sports environment in which all youth and adult participants may participate in youth sports activities, programs, and competitions free from all forms of emotional, psychological, physical, and sexual misconduct. Consistent with U.S. Soccer Bylaw 212, Cal North is also required to, among other obligations;

The purpose of this policy is to require an Athlete and Participant Safety/Safe Soccer program as part of
each Organization Member’s risk management program and set out standards for such a program. 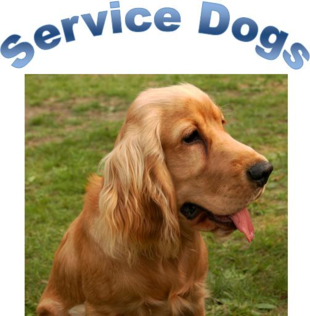 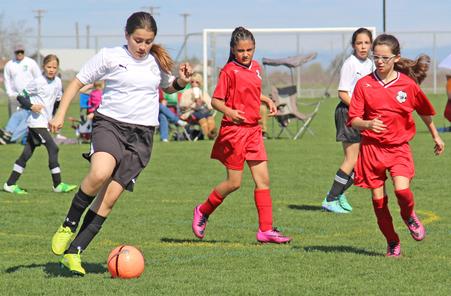 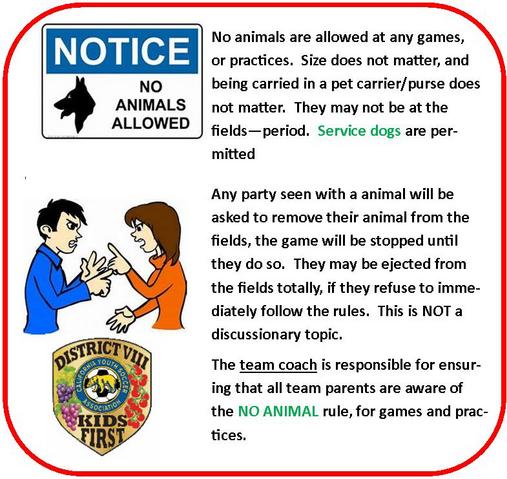 The following states the Cal North Heading Policy.  Take note that Cal North uses the U12 age group and down.  Some leagues use U14 and down for a no heading policy.  Contact your league to find out which they are using.​

(2) If an athlete who is 17 years of age or younger has been removed from athletic activity due to a suspected concussion, the youth sports organization shall notify a parent or guardian of that athlete of the time and date of the injury, the symptoms observed, and any treatment provided to that athlete for the injury.

(5)  Each coach and administrator shall be required to successfully complete the concussion and head injury education offered pursuant to paragraph (4) at least once, either online or in person, before supervising an athlete in an activity of the youth sports organization.

(6) The youth sports organization shall identify both of the following:

(B) Procedures to ensure compliance with the athlete removal provisions and the return-to-play
protocol  required pursuant to paragraph (1).

(A) Head injuries and their potential consequences.

(B) The signs and symptoms of a concussion.

(C) Best practices for removal of an athlete from an athletic activity after a suspected
concussion.

June 12, 2020:  Cal North lifted the suspension of play that has been in place due to the COVID-19 virus and pandemic.  The final decision to get back on the field has been returned to local leagues and clubs in every district, county, and city.  The decisions leagues and clubs make to return to play must abide by and be done in conjunction with directives established by the State of California and local county health directors and departments.  Cal North has prepared a number of recommended guidelines & responsibilities to aid leagues and clubs in developing their own unique return to play protocols.

Leagues will be reopening in phases, which will be dictated by state/county rules, using the guidelines developed by Cal North.  The recommended guidelines & responsibilities created by Cal North were developed to hep the leagues formulate a reopening plan that matches the state/county conditions for their area.  These conditions may vary from county to county.  The general theme, across the U.S., is for leagues to initially operating in a 'training mode' only, with no scrimmages or games, avoiding interaction between players.  Scrimmages appear in the latter phases of operation.  A good portion of this also involves having no spectators during training sessions, with parents remaining away from the area.

The reopening of soccer will incorporate many health and safety procedures, to protect all from COVID spread, and will be unlike what has been experienced in the past.  These new procedures are being experienced across the country.  All parties will need to understand that their soccer organization is operating under difficult conditions, established by the COVID-19 virus, and all is being done to provide a safe environment for players and families.  State and local County rules will play a role in dictating as to what leagues can do.

District VIII has a no animal policy for all games and practices.  This is for the safety of players and parents, and helps to protect all from liability issues, due to an incident with a pet.  Officials/league representatives will suspend a game, until a dog is removed from the fields.  The party may be subject to ejection, if they do not remove their dog.

The policy is focused at dogs, as this is the animal type that most people will bring to the fields, and it is the only animal qualified by law to be a 'service' animal.  Within this policy, District VIII allows for parties with registered service dogs to bring their dogs to the field.

District VIII has a playing rule for all games played.  This rule is named the 'Spirit Rule'.  No team is to score more than eight goals over their opponents goal score.

Individuals can be expected to be asked two questions by law,  if their dog is a service animal, and what form of service the dog was trained to provide, when seen at a field.  The party may answer the two questions and remain, or refuse to answer and leave the fields immediately.  If a party portrays a dog as a service animal, when it is not, they are violating state law, and have committed 'service dog fraud'.  Under California law, this is a misdemeanor, with up to six months in jail, and a $1,000 fine.  Any individual found misrepresenting their dog as a service animal will be reported to authorities.  Their ability to attend District VIII games/practices will be directly affected by their misrepresentation.

There is a legal and distinct difference between a 'service dog' and an 'emotional support dog'.

The option to use a service dog is given under the Americans with Disabilities Act (ADA) and local governments.   According to the ADA, service animals are  working animals, not pets.  They have been specifically trained to perform tasks related to the disabled person’s specific disabilities.  Simply having a disability isn’t reason enough to categorize your own dog as a service dog.

Emotional support dogs are covered under disability accommodation laws in regard to housing because they allow the person the “full enjoyment” of the residence.

However, emotional support animals  do not have to be accommodated in public facilities or privately owned stores, conveyances or other venues.

Summarized, the only dog allowed at soccer fields are 'service dogs', not 'emotional support dogs'.