COVID-19 is a novel coronavirus strain, and is related to the SARS virus.  It is primarily a respiratory disease that starts in the lungs.  A coronavirus is a type of common virus that can infect your nose, sinuses, or upper throat, and cause pneumonia-like-symptoms. COVID can spread much like cold viruses.  Affects on the body may range from mild, to death, and is mitigated by age and any underlying health issues that a person may have.  Young children are typically less affected by serious health issues, but may be affected by a post COVID condition termed 'MIS-C', after COVID symptoms have subsided.  MIS-C can cause acute inflammatory conditions of various organs in a youth's body, including the brain.  While youth can be less affected by normal COVID-19 symptoms, they still can carry and transmit the virus, just like an adult.

The information, including but not limited to, text, graphics, images and other material contained on this website are for informational purposes only. The purpose of this website is to promote broad consumer understanding and knowledge of various health topics. It is not intended to be a substitute for professional medical advice, diagnosis or treatment. Always seek the advice of your physician or other qualified health care provider with any questions you may have regarding a medical condition or treatment and before undertaking a new health care regimen, and never disregard professional medical advice or delay in seeking it because of something you have read on this website. 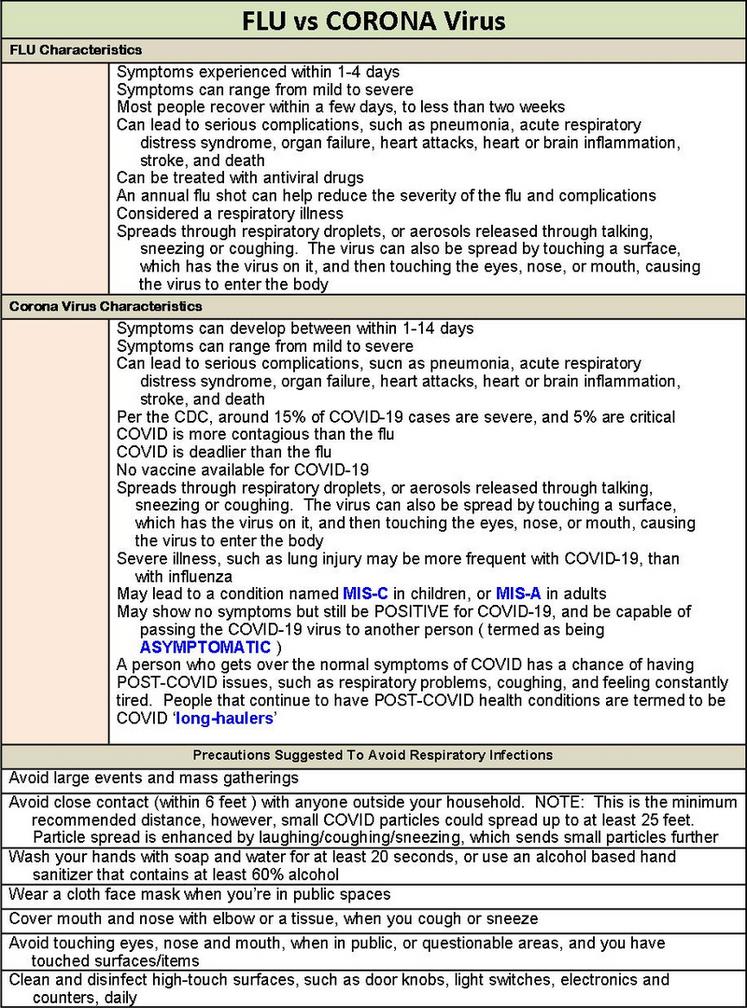 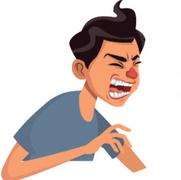 NOTE:  Temperatures in this flim are stated in European 'Celsius' degrees, not 'Fahrenheit'.

Dr. Lydia Bourouiba, an associate professor at MIT, published a study citing that particles from a sneeze or cough could create "a cloud that can span approximately 23 to 27 feet," arguing that droplets carrying COVID-19 could reach such distances and remain airborne for hours at a time.

CDC’s intial six foot social spacing rule was based on initial tests showing that large particles of the OVID-19 virus, expelled when sneezing or coughing, would fall to surfaces, within six feet of the party coughing/sneezing.  It has been proven in studies that smaller particles can travel up to four times this distance.

Is it safer outside in open air, especially with the wind blowing, yes it is.  Are you totally safe from inhaling an airborne virus particle when outside, no you are not, if you remain close to other parties, especially if laughing/coughing/sneezing/shouting is happening.  All of these place more particles in the air, at longer ranges, due to the extra exhaling force.

One item, which is not mentioned much, is that smokers and vapers  are more at risk of getting COVID, and in spreading it.  This is due to their lungs, which have been compromised by smoking, and in  how they smoke/vape.

Smoking/vaping inside a home/business/auto/etc. , puts everyone in the surrounding area at risk, if the person is infectious,.  Consider the aspect of when you are outside, you may often 'smell' cigarette smoke, when a person is smoking near-by.  The person may be a good distance away from you, and the smoke was carried by the air to you.  COVID particles may also be in that smoke.  It has been estimated that cigarette smoke can travel up to 20 feet in the air, with smoke particles remaining in the air up to two hours.

This also affects people who ride in vehicles where a smoker/vaper may have been smoking/vaping inside, with windows rolled up, or down, as the particles would remain in the vehicle and land on anything inside of the vehicle.

Bear in mind that no matter if you are inside, or outside, just the simple action of talking puts particles into the air, in the vicinity near a speaker.

As as precautionary mechanism, it has been suggested that during the COVID pandemic that car ride sharing should not be used for players.  This is especially so for a player that may ride in a vehicle of a smoker.  If the party was capable of exhaling COVID particles, smoking in the vehicle, as well as just talking, would have left COVID particles in the vehicle.