The entry fee is a non-refundable fee, as follows:

Referee must immediately send Send Off Report Form to :

​When form is completed, take a  picture of completed form and email to the above email address.

When form is completed, take a  picture of completed form and email to the above email address. 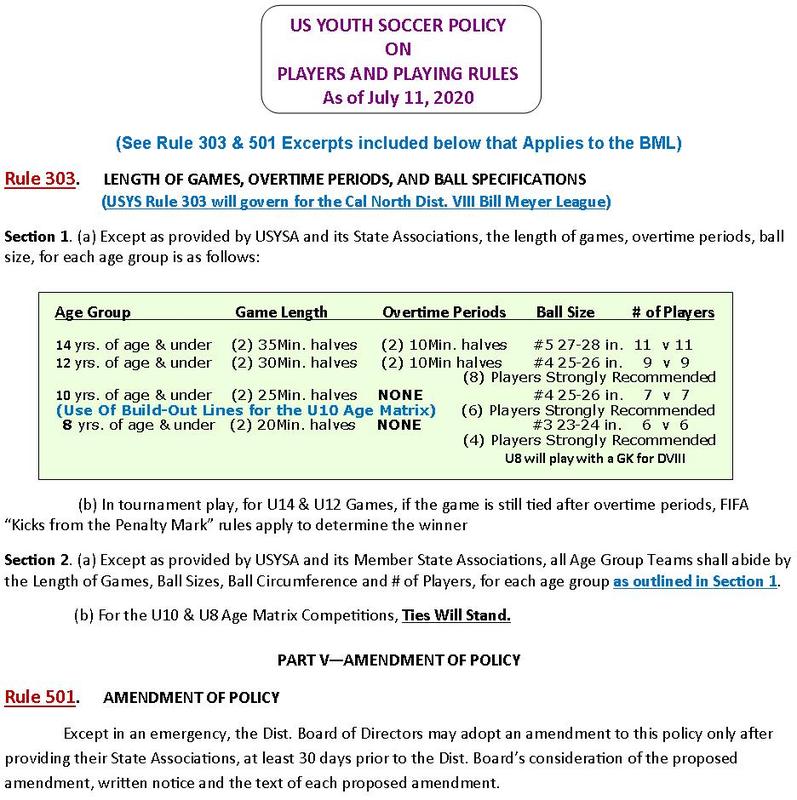 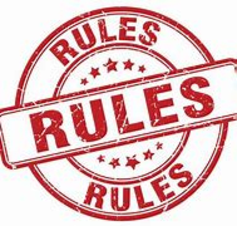 Any rules not covered above, refer to the District VIII Playing Rules Document, District VIII Referee Protocol for Coaches, and the Cal North team manual

NOTE:  Updated rules were not received for 2023

WHERE IS IT HELD

WHAT IS THE COST

The Bill Meyer Winter League are District 8 Paper Teams for boys and girls in the U8 through U14 age group that allow players to participate in a higher level of soccer than played in the District VIII, fall recreational season, in an affiliated District VIII league.   Play in BML season allows recreational players to travel to other cities to play.  They get to play against opponents that they have not seen all season, the travel is new, the opponents are new, and it all brings a new level of excitement.  This is all to encourage the recreational player to continue playing, taking them toward a future of their choosing for soccer play.

Players are only eligible if they:

Age group are as follows:   Boys & Girls, U8 through U14 Age Matrix, and the season
​runs from approximately January to March 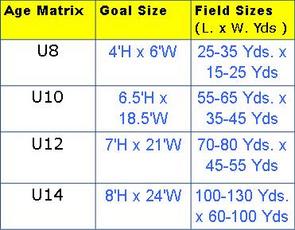 At the end of the BML season, a two day end-of-season tournament is held. 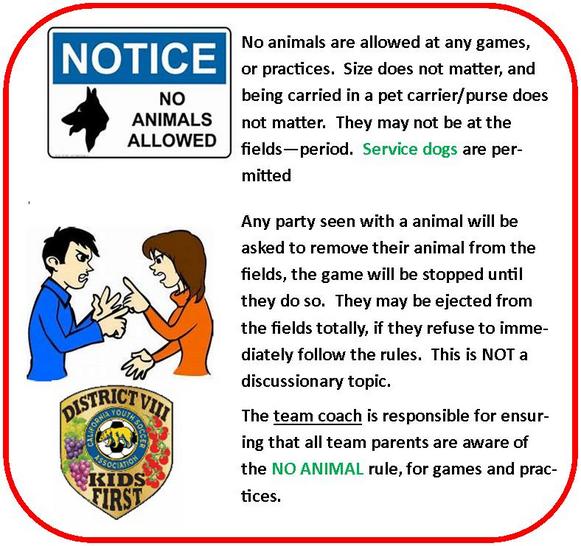 DISTRICT 8 REGISTRAR APRROVED CREDENTIALS (PLAYER PASSES, 1601 FORMS, AND ROSTER) MUST BE WITH THE COACH OR ASSISTANT COACH AT ALL PRACTICES AND GAMES (LEAGUE GAMES AND TOURNAMENT PLAY) 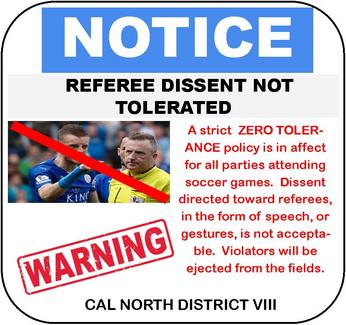 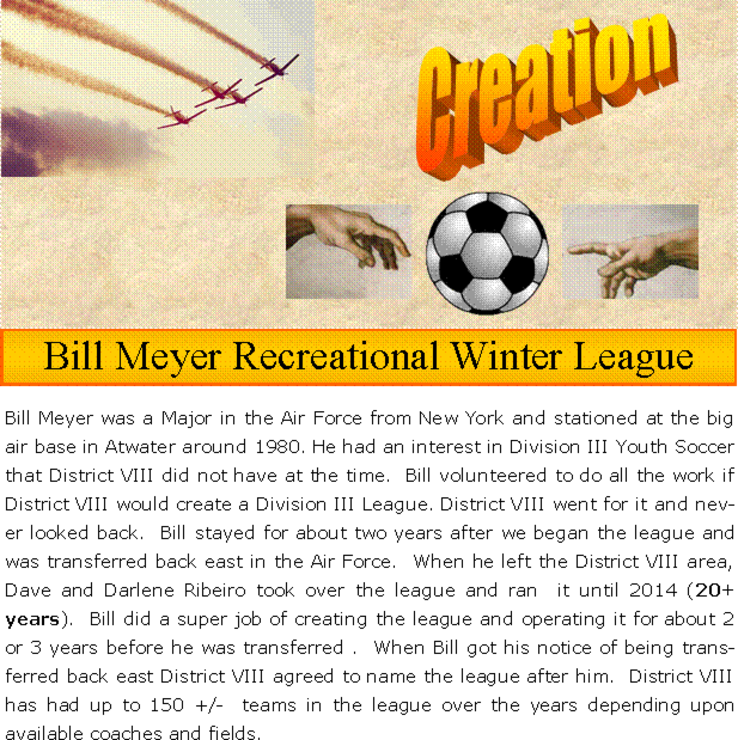 HOW DO TEAMS ENTER

​​​​​​​​​​​​MAIL IN THE COMMITMENT FORM AND PAYMENT TO THE DISTRICT REGISTRAR; POSTMARK DEADLINE IS  December 10, 2022. INCLUDE: Team entry frees (make entry checks out to District 8), field availability and restrictions, (dates and times) and maps must accompany the entry form. Mail to the District Registrar.

Include the registration form, fees, and maps. Submissions that are not postmarked by the deadline will be charged a late fee of $50 per team.  Team entries received after 12/15 will be accepted or rejected at the District's discretion.  There is a $50 fee for any game dropped by a team.  Refer questions by email to Sue Gonzales:suecysa@aol.com

TEAM ROSTERS AND PHOTOS FOR PASSES MUST BE IN THE REGISTRATION DATABASE  FOR APPROVAL BY THE DISTRICT 8 REGISTRAR BY  DECEMBER15. (COACHES MUST HAVE DOJ/CYSA BACKGROUND CLEARANCE PRIOR TO APPROVAL, and have taken the on-line CDC Concussion course. )​

Games are played throughout District 8. Each league with teams entered should be able to provide a reasonable amount of fields accordingly to the number of teams you enter and be available for 3-4 games a day per field. Fields must have rest rooms. The host team provides and pays for referees. Teams not providing fields/referees may have to defray costs of the providing team. 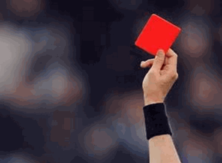