How to handle player injuries by Doug Chard

A Primer For New Referees


Laws of the Game Workshop
(  SEE SESSIONS LISTED LATER ON PAGE, BELOW )

Required for coaches to be rostered with CYSA competitive teams in District VIII.  Alternative to holding a current referee license.

Laws Of The Game

When Assistant Referee Has Been View Of Foul

Misconduct Out Of View Of The Referee

Advice To New Referees:  After The Game

Advice To New Referees:  Being An Assistant Referee

Advice To New Referees:  Before The Game

Advice To New Referees:  Getting Started

Laws Of The Game:  Managing Injuries

Laws of the game overview - Law 12

If you are seeking to take a referee class, find an 'in-service' clinic, or register for the 'fun run' & test, this is also where you go to find and register. The listings cover all district areas. 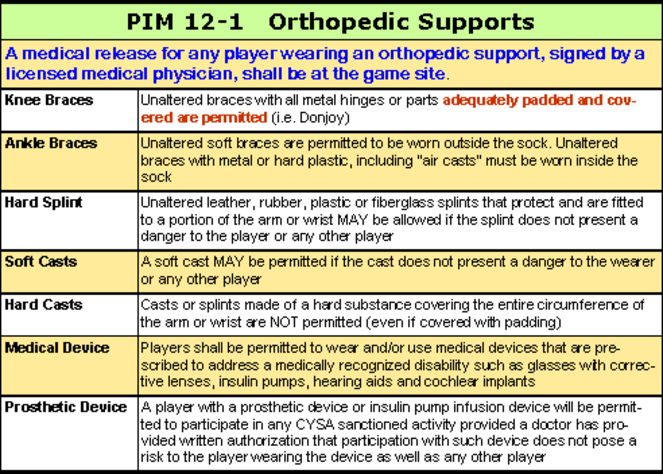 Youth Referees of The Year 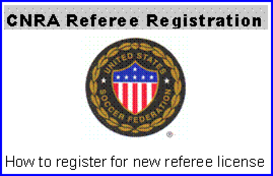 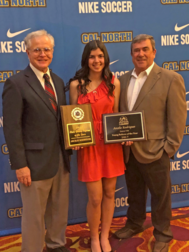 ​​The following statement was issued in conjunction with the above:

As you can see the referee still has the ultimate authority for deciding if equipment is safe however there is more information on orthopedic supports and what you may allow if you deem it safe and under what conditions:

As per the PIM any player wearing an orthopedic support must have with them at the game a medical release that has been signed by a licensed medical physician.

However, hard casts and splints made of a hard substance that cover the circumference of the arm or wrist ARE NOT permitted even if they are covered with padding.

Cal North has modified the established jewelry policy to cover jewelry that may be permanently attached to a player, or is of religious nature. For jewelry that is permanently attached, the parent must have signed the Cal North waiver form, and the form must be presented to the referee for viewing. If the form is not presented, the player cannot play until the form is produced. The following quote from PIM 12-1, lists the new policy.

Jewelry: Except as provided below, All jewelry must be removed, including necklaces, rings, earrings, friendship bracelets and any visible body piercing with an earring-like device; Medical identification ("medic alert") jewelry is not to be removed; medical identification jewelry must be taped securely and completely to the wrist or neck. Any item of clothing or jewelry that is clearly religious in nature and that is required by the wearer’s religion to be worn may be permitted by the referee if it is not dangerous and not likely to provide the player with an unfair advantage.  Items that are permanently attached to the player’s body and are not removable may be permitted if: (1) in the opinion of the referee the item(s) are not dangerous to other players or can reasonably be made safe and (2) the player’s parent or guardian has signed a waiver on a form specified by Cal North CYSA.

1. DO NOT argue with the referee/referees. They are ALWAYS right, even when they are “wrong”.  NO coach has ever won an argument with a referee. Do not put yourself at risk of being suspended because you confronted a referee before, during, or after a game.

2. It is YOUR responsibility to keep your players AND spectators under control before, during, and following all Cal North sanctioned games.

3. All referees WILL make mistakes during the course of a game, that is part of the game.

4. Your “view” of a specific play will usually be exactly the opposite of what the center referee’s view is (Usually the referee is in the “center” of the field and you are on the “side” of the field). The referee will see fouls that you will not see and vice versa. Expect this and “live” with it.

5. Accept the calls, they will usually even out UNLESS one team is playing more aggressively than the other team.

6. If you observe one of your players beginning to play more aggressively than what is called for or at a more aggressive nature than what the other players are playing at OR your player is becoming “mouthy” towards the opposing player/players OR referee you should take action to control the player before the referee does.

7. Be sure that your players understand that DISSENT towards the referee is NOT ACCEPTABLE conduct from any player or team official at any level of Cal North sanctioned play.

8. IF, the referee is not calling fouls properly and those non-calls put your players in danger of being injured because of the referee’s “lack of control” of the game. You should ask the nearest assistant referee to you to request that the center referee “Tighten Up” the game. If the center referee does not comply in a reasonable amount of time with your request after being notified by the assistant referee of your concerns you should “abandon” the game by removing your team from the field and write a brief one or two page report to: Shirley Thompson, D8 Commissioner @ 1239 Adam Street, Tracy, CA  95376 . as to what your reasons were for abandoning the game. If you choose to abandon the game because the referee does not in your opinion have control of the game DO NOT get into a discussion with the referee about it after the game is over. STAY AWAY from the referee after the game, he/she does not want to hear your comments on their officiating ability. DO NOT abandon a game because of disputes/dissatisfaction about referee judgment calls regarding: Who’s throw in it is when the ball goes out of bounds; Whether it is a goal kick or a corner kick; Whether a player was off side or no, etc. You should only abandon a game when you feel the playing environment is dangerous for your players.

9. DO NOT discuss anything that took place during a game with the referee after ANY game:

Stay away from the referee/referees after a game. The referee does not want your opinion of his/her skills as a referee. (If you have negative comments about a referee they should be sent in writing to Shirley Thompson, D8 Commissioner @ 1239 Adam Street, Tracy, CA  95376 . If you choose to write a letter about the referee’s actions be specific in your letter as to what technical mistakes were made by the referee (Be sure that you know the rules of play before you write the letter). Give the date, time, age/gender group, location of the game, and the level of play. (I need to be able to find out who the referee was). Your remarks or actions towards a referee before, during or AFTER a game may lead to your suspension as a coach. Do not let your spectator/parents confront a referee during or after a game. You are responsible for their actions as well as your own behavior and you could be suspended for not controlling your
spectator/parents.

The following referees were selected as youth referees of the year, for 2017

My name is Doug Chard, Regional Referee Administrator.  This is to update you and your league on procedures set forth by CNRA for requesting Entry Level Referee Clinics (ELC). Please see important details below regarding new online procedures for course requests.

All course requests will need to be completed online.  The fee for the course is $300.

If at any time you have questions regarding Entry Level Clinics, In-Service Clinics, Referee Registration, or general questions, please feel free to contact me.

For the Good of the Game,
Doug Chard
CNRA Regional Referee Administrator

Have you ever had a bad day as a referee? Compare your experience with the experience of the following referees:

What Being The Referee Means On The Field

Video​
What you need to remember when you take the field as a referee.

Want To Be A Referee?

If you are interested in becoming a referee, there are courses given in many cities, in different districts. You may find a class near you by checking the class listings here

This is simple. To be assigned to Cal North games, you must have a current referee license. The license from the previous year does not count, if you are in the following year, and have not renewed your license. You effectively have NO license, as the previous license has expired. To referee games for each year, you must renew your license every year.

To renew your license, go to: CNRA


Laws Of The Game Work Shop For Coaches

Who should attend: CYSA competitive coaches and anyone else who wants a better knowledge of key laws of the game.  Coaches of CYSA district 8 competitive soccer teams need to have either a current referee license, or have completed this Laws of the Game workshop within the past two years. 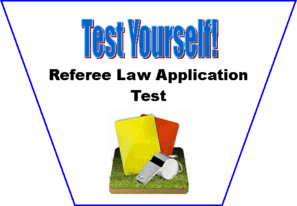 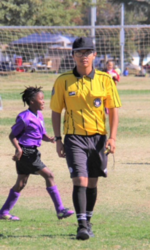 Referees In The News